“It has been my privilege to work with such a great range of students, staff, and faculty at NYU. Together we’ve been envisioning what a future with greater global social justice, ‘learning by doing,’ and collaborative, liberatory education can mean. At Rutgers-Newark, I’ll be starting a dream job building what a public, engaged research university of the 21st century will be about. Stay in touch!” —Jack Tchen

At the end of the Spring 2018 semester, after twenty-two years, Jack Tchen, Associate Professor in the NYU Gallatin School of Individualized Study and Department of Social & Cultural Analysis, will be stepping down from his role as Founding Director of the Asian/Pacific/American Institute at NYU.

We are grateful for Jack’s vision and leadership, and wish him all the best in his new position as the Inaugural Clement A. Price Chair in Public History and the Humanities and Director of the Clement A. Price Institute on Ethnicity, Culture and the Modern Experience at Rutgers University, Newark.

I write to advise you that Jack Tchen, Associate Professor in the Gallatin School of Individualized Study, will be stepping down from his role as Founding Director of the Asian/Pacific/American Studies Program & Institute at NYU.

As a champion of public history and archives building and a teacher and scholar of great interdisciplinary range and depth, Jack (John Kuo Wei) Tchen has helped strengthen areas of significant research, teaching, and activism at New York University. Over the past twenty-two years, he implemented a vision at the Asian/Pacific/American Institute that fostered global approaches while studying local community histories, and highlighted the interconnection of the New York region and larger areas in projects that included “Haunted Files” and “The Wayfinding Project.”

Under Professor Tchen’s leadership, the Asian/Pacific/American Institute has attracted renowned scholars, practitioners, and artists from around the world to NYU; presented pathbreaking and widely discussed exhibitions, public events, and conferences; established Artist-in-Residence and high school and undergraduate leadership programs; and founded a growing research archive.

Please join me in thanking Professor Tchen for all he has done to build and strengthen Asian/Pacific/American Studies at NYU. 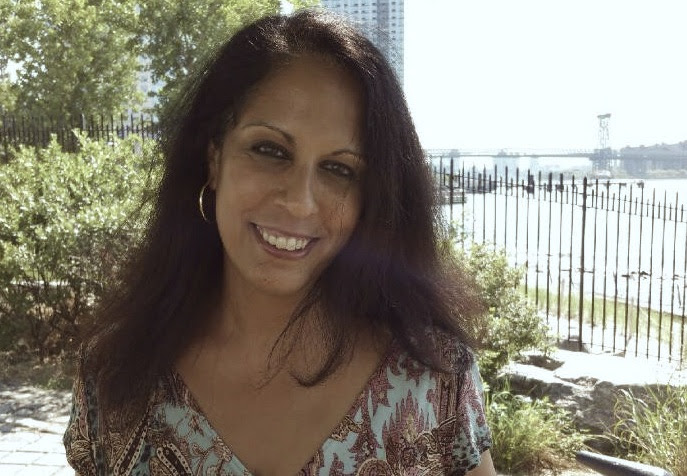 “For over twenty years, Jack Tchen and the staff of the Asian/Pacific/American Institute at NYU have worked with tireless dedication to create a premier site for education, research, outreach, and organizing with and for Asian/Pacific Americans in New York City and around the world. It is deeply humbling and moving to be entrusted with this legacy, and I am committed to continuing and expanding the A/P/A Institute’s efforts well into the future. In a time of political, economic, and environmental turmoil and uncertainty, not only is this work as urgent and meaningful as ever, but it is crucial for cultivating the resilience and creativity that Asian/Pacific Americans have always embodied.”—Crystal Parikh

We are pleased to announce that, beginning in Fall 2018, Professor Crystal Parikh will be Director of the A/P/A Institute at NYU. Professor Parikh has been a long-time collaborator and supporter of A/P/A, and we look forward to working under her leadership and vision. Please join us in congratulating her on this appointment. We look forward to officially welcoming her in the Fall!

I write to announce that Crystal Parikh, Associate Professor of Social and Cultural Analysis and English in the Faculty of Arts and Science, has been appointed Director of the Asian/Pacific/American Institute, effective fall 2018.

Professor Parikh specializes in twentieth-century and contemporary American literature and culture, with a focus on comparative race and ethnic studies, as well as ethical and political theory, and gender and sexuality, diaspora, and postcolonial studies. Her commitment to interdisciplinary scholarship makes her uniquely positioned to lead A/P/A’s research, collecting, and programming initiatives.

In addition to numerous essays and articles, Professor Parikh has published Writing Human Rights: The Political Imaginaries of Writers of Color (2017). She is also the author of An Ethics of Betrayal: The Politics of Otherness in Emergent U.S. Literature and Culture (2009), which won the Modern Language Association Prize in United States Latina and Latino and Chicana and Chicano Literary Studies. With Daniel Y. Kim, she co-edited the Cambridge Companion to Asian American Literature (2015) and is currently editing The Cambridge Companion to Human Rights and Literature.

I am grateful to outgoing Director Jack Tchen for his many years of exceptional service as Director, and am confident Professor Parikh is the ideal person to take up leadership of this important intellectual community at NYU.

Please join me in congratulating Professor Parikh on her new role.