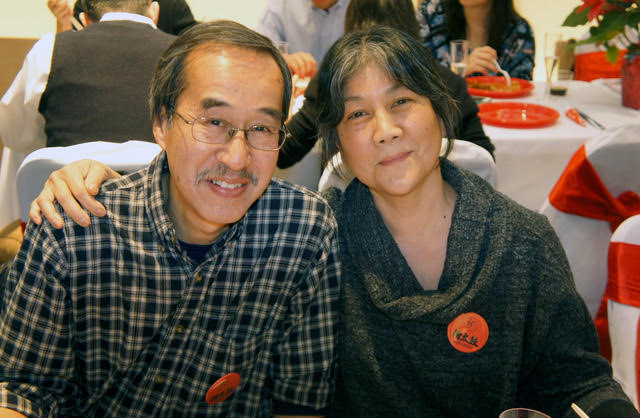 Artist and community activist Tomie Arai (1949- ) has been working as an artist in the New York City area since the 1960s, and together with Legan Wong (1951- ) has also been involved with the New York-based Asian American cultural movement since the 1970s. The Tomie Arai and Legan Wong Papers document arts and cultural organizations in New York specifically focused on the Asian American experience including Cityarts Workshop, Basement Workshop, and Godzilla Asian American Arts Network. Some of the publications and posters in the collection are bilingual in English and either Japanese, Korean, or Chinese. This collection also contains exhibition catalogues and ephemera accumulated by Arai and Wong which primarily focused on New York-based Asian American artists active during the 1970s to the early 2000s. Arai’s work as an artist is documented in this collection through exhibition promotional material, original drawings, printwork created for publications and community organizations, correspondence and project files. This collection also includes materials created and collected by Legan Wong documenting his creation of college courses on the Asian American experience in the 1970s as well as a small amount of material related to his music production work with East West World Records in the 1980s. This collection also contains material related to Wong’s participation in the Asian Tactical Theater, Soh Daiko, and an Asian American Softball League team in New York. Materials from Arai’s early life and family include Arai’s elementary and high school memorabilia from the 1960s and items accumulated by Arai’s parents specifically related to their experience as people of Japanese descent in the United States during and after World War II. These materials include research, publications produced and distributed at individual facilities, and original artwork by Arai’s uncle, Unosuke Sasaki, created during his period of incarceration at the Topaz Relocation Center, a concentration camp in Utah, in the early 1940s.

To learn more about the contents of the Tomie Arai and Legan Wong Papers, located at the NYU Fales Library & Special Collections, view the collection’s finding aid.