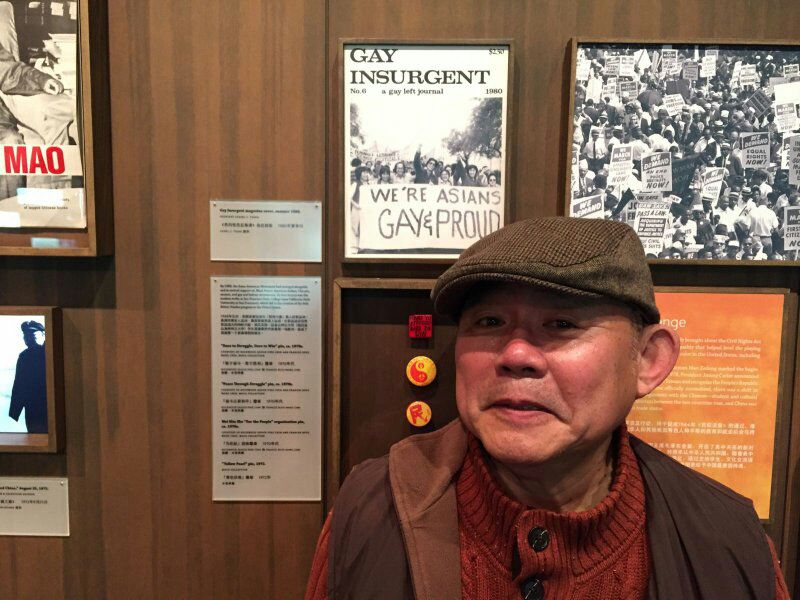 Born and raised in Hong Kong, Dan Tsang received a bachelor’s degree from the University of Redlands, and two master’s degrees from University of Michigan-Ann Arbor. He worked for two years as a research librarian at Temple University’s Contemporary Culture Collection and for thirty years as a bibliographer and data librarian at University of California, Irvine, retiring in 2016 as Distinguished Librarian Emeritus. He was also a two-time Fulbright Research Scholar—in Hanoi and Hong Kong. An activist in gay liberation, academic labor, and anti-surveillance movements, he helped organize the Asian contingent at the first Lesbian & Gay March on Washington in 1979, wrote for alternative, gay, and Asian press, and hosted Subversity Show on KUCI. In 1993, he founded the Alliance Working for Asian Rights & Empowerment in Orange County, California. In addition to personal papers, photos, and correspondence, his archive includes articles, publications, posters, and pamphlets pertaining to Queer and Left movements in the US and around the world.

The Daniel C. Tsang Papers are in transfer to the NYU Tamiment Library & Robert F. Wagner Labor Archives. A finding aid for the collection is in process.