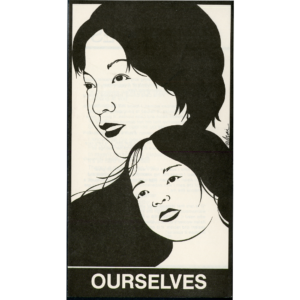 From approximately the middle 1970s through the late 1980s, Darlene Wone (also known as Mei Oye, and Mei Oye Soo Hoo) was an activist in the Asian/Pacific/American women’s movement, as well as the Asian American movement more generally. These movements, arising alongside the broader civil rights and women’s movements of the 1960s and 1970s in the United States, were formed to address racial and sexual stereotypes and discrimination against Asian/Pacific/American communities. A Brooklyn-born Chinese American and a college graduate, Wone work worked in the television broadcast industry and public relations. She held numerous memberships and positions in organizations committed to these movements, including a role as editor for In Touch, the newsletter of the New York City-based feminist Asian Women United; public relations coordinator for the Coalition of Asian/Pacific American Associations; member of the official delegation to the National Network of Asian and Pacific Women to the First National Asian/Pacific American Women’s Conference for Educational Equity; and member of a fundraising committee for the New York Asian/Pacific American Women’s Network.