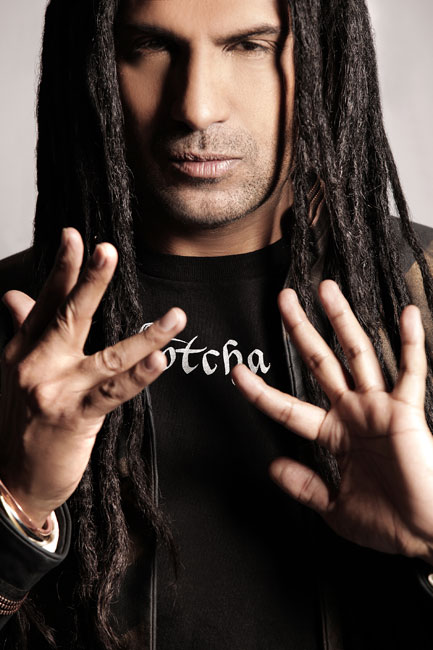 As part of the Caribbean : Crossroads of the World, Wayne Marshall moderates a conversation featuring Apache Indian (AKA the Don Raja) and DJ Rekha as they reflect on the prolific and diverse career of one of the UK’s best-selling artists of South Asian descent.

Seating is on a first come, first served basis. No RSVP is necessary.

Apache Indian is an artist that has linked traditional Asian sounds, elements, and language with influences from mainstream Pop, Reggae, and Hip Hop for the past 15 years. Born and raised in Birmingham, England, Steven Kapur, AKA Apache Indian, has been recognized for linking different cultures through music and becoming the first true International Asian Pop Artist/Singer/Songwriter. Apache has enjoyed over a decade of success including over 7 million albums sold world-wide, certifications of gold and platinum selling albums in various territories across the globe, winning various awards from the Asian, Mainstream, and Reggae Music Industries, 7 British top 40 hits including “Boomshackalak” (title track of Jim Carey’s film Dumb and Dumber and more recently featured in Scooby Doo 2). In addition to his mainstream success, his music has penetrated various genres of South Asian music including Bhangra, Chutney, and spiritual music.

Wayne Marshall is an ethnomusicologist (PhD 2007, UW-Madison), blogger (wayneandwax.com), and DJ. This year, while writing a book on music and digital youth culture, he’s teaching at Harvard University. He co-edited and contributed to Reggaeton (Duke 2009) and has written for The Wire and the Boston Phoenix as well as journals such as Popular Music and Callaloo.

DJ Rekha is a producer, curator, educator, and activist based in New York City and founder of Basement Bhangra™ and Bollywood Disco, and co-founder of Mutiny Club nights. She teaches at NYU’s Clive Davis Institute of Recorded Music. She was named “Ambassador of Bhangra” by the New York Times. Rekha’s other musical work include sound design for the TONY winning Broadway Show, Bridge and Tunnel and Associate Producer for the NPR Radio Documentary, A Feet in Two Worlds. Her debut album, “DJ Rekha presents Basement Bhangra” was released in 2007. In October, 2009 DJ Rekha was inducted into the New York City’s Peoples Hall of Fame. Her record label Beat Bazaar Music issued its debut single release, “Pyar Baile” worldwide in November 2011. Her website is djrekha.com.