The guest artists will showcase the very latest advancements and developments in contemporary Indigenous dance, and share a range of diverse practices and innovations during each two-hour session. Suitable and open to all range of mobilities and experience levels.

Register for individual sessions below. Suggested donation of $5 per session or pay as you wish. Proceeds will go towards the Adopt a Wolf program at the Wolf Conservation Center in South Salem, New York.
Powered by Eventbrite

Jack Gray (Ngati Porou, Ngapuhi, Te Rarawa, Ngati Kahungunu) is an acclaimed dancer, choreographer, and scholar. Born in Auckland, New Zealand, Gray first connected to his cultural roots through traditional Māori dance, Kapa Haka, and later discovered contemporary dance. In 2000, he founded the Atamira Dance Company, an all Māori contemporary dance theatre, which has since become one of the nation’s premiere dance companies. Gray is committed to developing Indigenous epistemologies as a crossover into mainstream practices of dance and theatre. Since 2012, he has fostered an intercultural network of communities in the United States, activating cultural awareness and promoting strategies for Indigenous empowerment. He has collaborated with Dancing Earth Creations (New Mexico), Bernice Pauahi Bishop Museum (Hawai‘i), University of California, Riverside, and University of California, Berkeley, among many organizations and institutions. He is the Spring 2016 Artist-in-Residence at the Asian/Pacific/American Institute at NYU.

Louise Potiki Bryant (Kāi Tahu, Kāti Mamoe, Waitaha/New Zealand)  is a choreographer, dancer, and video artist who has worked for New Zealand-based companies including Black Grace Dance Company, The New Zealand Dance Company, and Atamira Dance Company. Bryant has an on-going collaboration with researcher and composer Te Ahukaramū Charles Royal, with whom she choreographed the whare tapere dance work TE KĀROHIROHI: The Light Dances. Bryant has a strong body of solo and collaborative works, which draw on her interdisciplinary practice and her unique movement vocabulary. She has been selected to perform at the 12th Festival of Pacific Arts in Guam in 2016. Bryant was awarded the Harriet Freidlander New York Residency by The Arts Foundation of New Zealand, an award which supports Louise to live in New York City a six-month period of choreographic and artistic inspiration in 2016.

Jasmin Canuel (Aotearoa/New Zealand, French Canadian, Dutch, Irish) is a dancer and painter born in Tauranga, Aotearoa/New Zealand. She holds a Bachelor of Performing & Screens Arts from the Unitec Institute of Technology and a Diploma in Art. Based in Piha on Aotearoa’s western coast, Canuel has created a lifestyle surrounded by nature. Gardening organic vegetables at home and hiking in the native bush both have an influential role in the making and developing of her dance works and paintings. Her love and respect for the natural world ties her close to the culture of Aotearoa, encouraging her to share and discover the knowledge of the land and sea. Canuel has worked with Atamira Dance Company and performed in the world premier of Mitimiti, choreographed by Jack Gray. In 2016, she cochoreographed and performed Mo(u)ld at the Dunedin Fringe Festival in Aotearoa. 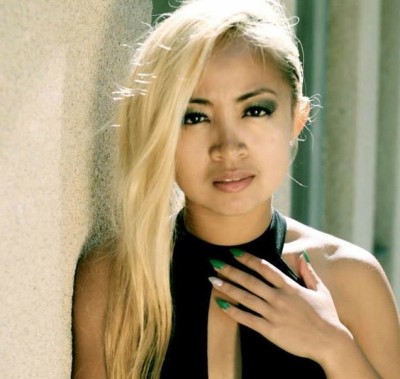 Sammay Dizon (Carson, California; Gerona, Tarlac; and Guinobatan, Albay, Philippines) is a Bay Area-based creator, artivist, and educator trained in Polynesian, modern, musical theater, hip hop, contemporary, African diaspora, and urban dance choreography—she extends her advocacy for cross-cultural understanding and making progressive social impact through the arts. Dizon encourages her students to use art as a vessel for healing, understanding, and remembering.  Her work has featured at Zellerbach Hall, SOMArts Bay Gallery, and Diego Rivera Art Gallery. Dizon was a featured artist at the 18th Annual United States of Asian America Festival and produced, curated, and created “URBAN x INDIGENOUS: Spirits of the Streets”—a two-day, multi-disciplinary, inter-generational community arts event that gathered over forty artists to explore the Indigenous spirit in the urban jungle of our present day.

Bianca Hyslop (Te Arawa, Ngati Whakaue) was born in Auckland, New Zealand. She holds a Bachelor of Performing and Screen Arts with a focus in Contemporary Dance. She has made her mark in the ﬁeld of contemporary dance, gracing the national and international stage with the likes of Atamira and Okareka Dance companies. Hyslop is the recipient of the 2013 Eileen May Norris Dance Scholarship, which recognizes New Zealand’s outstanding dance talent. Receiving the scholarship has enabled Hyslop to travel internationally as part of her on-going development as a dancer, performance artist, codeviser, collaborator, teacher, and choreographer. She has performed at the 2013 Jacobs Pillow Dance Festival and 2015 Venice La Biennale.

Emily Johnson (Yup’ik/Alaska) is an artist who makes body-based work that considers the experience of sensing and seeing performance. Her dances function as installations, engaging audiences within and through a space and environment—interacting with a place’s architecture, history, and role in community. Johnson is the choreographer of SHORE, a multi-day performance installation of four equal parts: Dance, Story, Volunteerism, and Feast. It is a celebration of the places where we meet and merge—land and water, performer and audience, art and community, past, present, and future. Johnson received a 2014 Doris Duke Award and her work is currently supported by Creative Capital, Native Arts and Cultures Foundation, Map Fund, a Joyce Award, the McKnight Foundation, New England Foundation for the Arts, and the Doris Duke Residency to build Demand for the Arts.