How can public art, activism, and design projects preserve hidden histories and unspoken politics? Drawing from contributions from artists, scholars, architects, and activists to the “Making the Memory Sacred” blog (details below), this discussion will seek to locate the sacred at the intersection of art, public space, and memorialization as exempliﬁed by projects from around the world. Featuring Robert T. Hayashi (Amherst College, author of Haunted by Waters: A Journey through Race and Place in the American West), Marita Sturken (NYU, author of Tourists of History: Memory, Consumerism, and Kitsch in American Culture), Hiroshi Sunairi (artist and ﬁlmmaker), and Steve Zeitlin (Founding Director, City Lore).

Robert T. Hayashi writes about how individual Americans and their institutions narrate definitions of place and the relation of both private and public narratives of place to notions of identity, in particular racial and ethnic identity. He is the author of Haunted by Waters: A Journey through Race and Place in the American West (University of Iowa Press, 2007) and is currently working on a book that considers how sports, amateur and professional, have operated to shape identity within the greater Pittsburgh region from roughly the turn of the nineteenth century to the present. He is Assistant Professor of American Studies and English at Amherst College.

Catherine (Cathie) Hannah Behrend is currently an Adjunct Professor at the Fashion Institute of Technology Graduate Program in the Art Market and NYU in the Arts Administration Certificate program. She is also the Founder of VenturesinVision, providing art tours in the Boroughs. Cathie served under six NYC Mayoral administrations prior to her transition to teaching and tours. Her last position was Deputy Director of the Percent for Art Program in the New York City Department of Cultural Affairs from 1995-2007. Percent for Art mandates that one percent of the construction budget of city-eligible capital projects must be spent on the integration of art into architecture. During her tenure, 125 projects were initiated or completed. In prior public service, she organized 3,000 annual block parties and art/park festivals with 42 mobile arts/sports/theater units, managed the city agency decentralization process and heading the marketing effort to retain and attract international financial service companies and corporations to NYC. 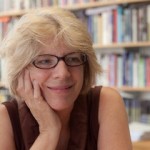 Marita Sturken‘s work focuses on the relationship of cultural memory to national identity and issues of visual culture. She is the author of Tangled Memories: The Vietnam War, the AIDS Epidemic, and the Politics of Remembering (California, 1997), Thelma & Louise (British Film Institute, 2000), Practices of Looking: An Introduction to Visual Culture (with Lisa Cartwright, Oxford, 2001, Second Edition, 2009), and co-editor, with Douglas Thomas and Sandra Ball-Rokeach, of Technological Visions: The Hopes and Fears that Shape New Technology (Temple, 2004). Her writings have been published in a number of journals, including Representations, Public Culture, History and Theory, and Afterimage. She is the former editor of American Quarterly, the journal of the American Studies Association. She teaches courses on cultural studies, visual culture, popular culture, advertising, and global culture. Her most recent book is Tourists of History: Memory, Consumerism, and Kitsch in American Culture (Duke University Press, 2007).

Born in Hiroshima, Japan in 1972, Hiroshi Sunairi is an artist/filmmaker who teaches in NYU’s Department of Art and Art Professions. Departing from the Western saying, “Elephants Never Forget,” Sunairi’s installation work, “A Night of Elephant” debuted in 2005, the 60th anniversary of the atomic bombing of Hiroshima at Hiroshima City Museum of Contemporary Art. His most recent installation work entitled “White Elephant” was shown at the Japan Society of New York in 2007. “White Elephant” is a deconstructed life-size ceramic elephant. The motif of elephants is not only a symbol of remembrance of 9.11 but also a shattered symbol of the sacred meaning of the white elephant in Asia: peace, prosperity, and justice. An installation created with pruned trees from Queens Flushing Meadow Park, “Elephant,” was shown at Queens Museum in 2010. Sunairi now has been working on film projects, which he is presenting at film festivals. Making Mistakes is a travelogue shot in Amdo, Tibet about self-discovery and the Buddhist idea of letting go in the process of creation of art. air is an experimental travelogue documentary about Fukushima following the earthquake, tsunami, and radiation leak. (Photo credit: Takahiro Kaneyama)

Steve Zeitlin is the founding director of City Lore, an organization dedicated to the preservation of New York City’s — and America’s —living cultural heritage. City Lore works closely with New York’s diverse communities to develop strategies for validating and disseminating their cultural heritages. In 2007, he received the Benjamin Botkin Award from the American Folklore Society for lifetime achievement in public folklore. In 2010, he was awarded an Archie Green fellowship from the Library of Congress. Steve Zeitlin has served as a regular commentator for a number of nationally syndicated public radio shows, and his commentaries have appeared on the Op Ed pages of The New York Times and Newsday. Prior to arriving in New York, Steve Zeitlin served for eight years as a folklorist at the Smithsonian Institution in Washington, D.C., and has taught at George Washington, American University, NYU, and Cooper Union. He is coauthor of a number of award winning books on America’s folk culture including A Celebration of American Family Folklore (Pantheon Books, 1982); The Grand Generation: Memory Mastery and Legacy (U. of Washington Press, l987); City Play (Rutgers University Press, l990); Because God Loves Stories: An Anthology of Jewish Storytelling (Simon & Schuster, 1997); Giving a Voice to Sorrow: Personal Responses to Death and Mourning (Penguin-Putnam, 2001), and Hidden New York: A Guide to Places that Matter (Rutgers U. Press, October, 2006).

This special initiative aims to foster a comparative global dialogue amongst artists, designers, scholars, and activists around the world to investigate intersections of art, site, human rights, community, and memory.

An interdepartmental effort of the A/P/A Institute at NYU, NYU Center for Media, Culture, and History, NYU Center for Religion and Media, NYU Steinhardt’s Department of Art and Art Professions, and Asian American Arts Alliance. Making the Memory Sacred is a project of the A/P/A Institute Media And Documentation Lab (MADLAB) and the Locating The Sacred Festival of the Asian American Arts Alliance.