The moʻolelo of the desecration of Mauna a Wākea (Maunakea) begins in 1968 when the State of Hawaiʻi via the Board of Land and Natural Resources (BLNR) issued a sixty-five-year general lease for 13,321 acres of ceded lands at the summit of Maunakea to the University of Hawaiʻi (UH) to build one observatory. Following its construction, developers planned and built a number of observatories and auxiliary buildings without permits and without the consent of the Native people. In 2010, after over thirty years of mismanagement of the Mauna by the University of Hawaiʻi and DLNR was publicly documented the Thirty Meter Telescope corporation (TMT) applied for a permit to construct what would be the largest and most devastating structure built within the conservation use district of Maunakea’s summit. While the project was immediately met with Native Hawaiian opposition, the state of Hawaiʻi has circumvented its own laws to grant permits for the construction of the TMT.

Out of this ongoing struggle, a movement was born and was cultivated by families and cultural practitioners who have lived in relationship to this sacred ʻāina for generations. The current and ongoing movement to protect Mauna a Wākea is born out of the strength of those protectors whose commitment to our ʻāina has continued to inspire our lāhui. Today’s program is only possible because of the organizers who have tirelessly fought to build and keep this movement alive. To honor that incredible display and practice of Aloha ʻĀina, this program will highlight some of the creativity that has been inspired by this movement and in turn has inspired the kiaʻi devoted to the ongoing protection of our ʻāina. Some of our participants have been involved in this particular fight for over a decade, while others have joined in the last few years to take up this important work. Therefore, this program represents a very small portion of all the brilliant creativity that has flowed into and beyond our movement to protect our ʻāina. We offer our mele, our aloha to Mauna a Wākea with the intention to continue to protect her so long as she is threatened.

This event is part of Carnegie Hall’s Voices of Hope festival.

Accessibility note: This event will be hosted virtually on Zoom. A Zoom account, internet access, and a smartphone or computer is required. Closed captioning will be provided for all audio. If you have any access needs, please email apa.rsvp@nyu.edu as soon as possible. 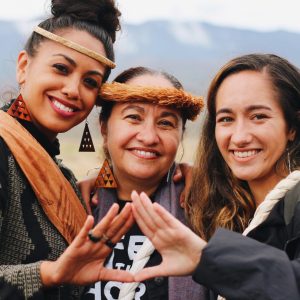 Pua Case was born and raised on the Island of Hawaiʻi surrounded by the high mountains of Mauna Kea, Mauna Loa, Hualalai, and Kohala, the fresh waters of Kohakohau and Waikoloa and the plains of Waimea. Case’s life path and purpose has led her to become a Kumu Hula, a teacher of traditional dance and chant, and a teacher of the ways, culture and traditions of the kanaka maoli or native peoples of Hawaiʻi. With a degree in Hawaiian language and culture, and a teaching degree in social studies, interwoven with the traditional teachings, philosophies and expectations from her kupuna or elders, Case has integrated ‘Ike Hawaiʻi or Hawaiian knowledge and lessons into the public school system for over thirty years.

Hāwane Rios is a Mauna Kea Protector and award winning singer/songwriter from Puʻukapu, Waimea on the Island of Hawaiʻi. She was raised from an early age in the traditional art forms of chant and dance of her people which created a strong foundation for her passion of music and songwriting. Rios believes that music is a powerful catalyst for change and is moved to write and sing songs with a healing and unifying message. Being of Kanaka Maoli (Native Hawaiian), Chamorro, Taino, Portuguese, and English decent, she feels her lineages, cultural traditions, music, advocacy work, and commitment to aloha ʻāina, love for the land, connects her to the world and to the collective responsibility we have to care for and protect Mother Earth. Kū Kiaʻi Mauna. Together we rise.

Kapulei Flores is a Native Hawaiian photographer who has been involved in the Protect Mauna Kea movement with her family since 2011. She has helped organize and had her work featured in a series of exhibits, as well as worked with Mauna Kea Education and Awareness (MKEA). 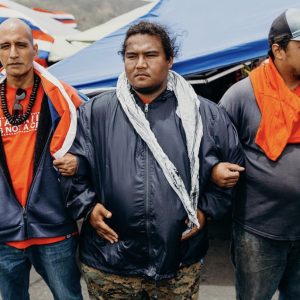 Punahele Kutzen is a Native Hawaiian hip hop artist-educator that was born and raised in the slums of Mākaha on Oʻahu’s west coast. He teaches youth from disadvantaged backgrounds the power of storytelling through music, especially hip hop. He is Hawaiʻi’s first ever Bacardi Iron MC champion and his debut album From Beneath Mt. Kaʻala, which won a Nā Hōkū Hanohano award for Hip Hop Album of the year in 2019, chronicles the realities and struggles that many Hawaiians face living along the Waianae coast. Kutzen grew up in a community that was plagued with drugs, poverty, and marginalization. A place where displaced Hawaiians live houseless in their own homelands. Thankfully, through hard work and dedication Kutzen used music to turn hewa into pono. Music has taken him around the world sharing stories of resistance and resurgence that add to the collective struggle of all oppressed people. Kutzen’s mission is to fight unrighteousness, build Indigenous solidarity, and perpetuate the Hawaiian culture by any means necessary. 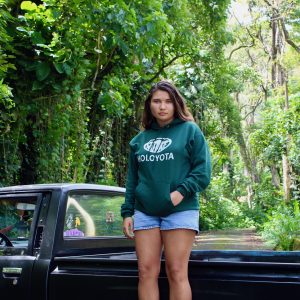 Ihilani Lasconia is a Kānaka Maoli poet from Waimānalo, Oʻahu. She is currently a senior at the University of Hawaiʻi at Mānoa majoring in Ethnic Studies with a minor in Political Science and Women’s Studies. Lasconia believes that art is foundational to liberation and that spoken word and poetry provide some of the most meticulous documentation of resistance.

Zachary Alakaʻi Lum, a native of Haʻikū, Koʻolaupoko, Oʻahu, is a lifetime student and practitioner of mele, or Hawaiian song. As a graduate of Kamehameha Schools Kapālama and the University of Hawaiʻi at Mānoa, earning concurrent bachelor’s degrees in music and ʻōlelo Hawaiʻi, and a master’s degree in ethnomusicology,Lum finds passion in mele’s scholarship. In mele praxis, Lum is an eighteen-time Nā Hōkū Hanohano award-winning producer, composer, and musician, and the executive director of Kāhuli Leo Leʻa, a nonprofit organization dedicated to catalyzing aloha ʻāina through mele. As a PhD student in the Indigenous Politics program at the University of Hawaiʻi at Mānoa, Lum strives to utilize multi-disciplinary theoretical frameworks to engage mele, not only as an ancestral technology of knowledge management, but as a performative tool that “creates space” and, therefore, fortifies the fundamental, Hawaiian tenet of aloha ʻāina. 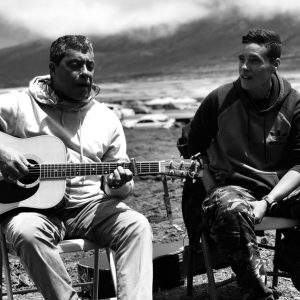 Dr. Jamaica Heolimeleikalani Osorio is a Kanaka Maoli wahine artist/ activist / scholar born and raised in Pālolo Valley to parents Jonathan and Mary Osorio. Osorio earned her PhD in English (Hawaiian literature) in 2018 from the University of Hawaiʻi at Mānoa. Currently, Osorio is an assistant professor of Indigenous and Native Hawaiian Politics at the University of Hawaiʻi at Mānoa. Osorio is a three-time national poetry champion, poetry mentor, and a published author. She is a proud past Kaiāpuni student, Ford Fellow, and a graduate of Kamehameha, Stanford University (BA), and New York University (MA). Her book Remembering our Intimacies: Moʻolelo, Aloha ʻĀina, and Ea is forthcoming with University of Minnesota Press in Fall 2021.

Jonathan Kay Kamakawiwoʻole Osorio is dean of Hawaiʻinuiākea School of Hawaiian Knowledge. Osorio received his PhD in history from the University of Hawaiʻi. At Kamakakūokalani, he has developed and taught classes in history, literature, law as culture, music as historical texts, and research methodologies for and from Indigenous peoples. His recent publications include The Value of Hawaiʻi: Knowing the Past and Shaping the Future, which he co-edited and authored, and Dismembering Lāhui: A History of the Hawaiian Nation to 1887. He is also a composer and singer and has been a Hawaiian music recording artist since 1975.

¹ Common name for the combined Kingdom and Crown lands seized (and never returned) by the United States during the faux annexation of the Hawaiian Kingdom.