Co-sponsored by the Asian/Pacific/American Institute at NYU.

Bobby Benedicto is a Fellow at the Berlin Institute for Cultural Inquiry. He received his PhD in Cultural Studies from the University of Melbourne, where he has also lectured on queer cinema, Asian cultural studies, and postcolonial feminist theory. His research on technologies of mobility and contemporary queer world-making practices in Metropolitan Manila has appeared in journals such as GLQ, The Journal of Homosexuality, and Asian Studies Review, among others. Bobby’s broader research interests include experimental ethnographic methods, third world cities and architecture, and imaginative geographies. He is presently working on a new project examining the queer uses of dictatorship architecture, based on the recent conversion of Marcos-era modernist structures into sites of Filipino queer performance. 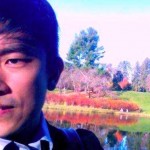 Eng-Beng Lim is Assistant Professor of Theatre Arts and Performance Studies at Brown University where he is also an affiliate faculty member of American Studies, Gender and Sexuality Studies, East Asian Studies and the Center for the Study of Race and Ethnicity. He has published in various anthologies and journals, such as Performance in the Border/lands, Neoliberalism and Performance, Theatre Journal, Asian Theatre Journal, and Social Text where he a member of the editorial collective. He is currently completing two projects, Tropic Spell: Performance in the Queer Asias (forthcoming, NYU Press) and Performing the Global University.

Gayatri Gopinath is Associate Professor and Director of the A/P/A Studies Program in the Department of Social and Cultural Analysis at New York University.  She is the author of Impossible Desires: Queer Diasporas and South Asian Public Cultures (Duke University Press, 2005), and has published numerous articles on gender, sexuality and South Asian diasporic culture in various anthologies and in journals such as GLQ, Social Text, positions, and Diaspora.