Presented by the Deutsches Haus at NYU. Co-sponsored by the Asian/Pacific/American Institute at NYU.

The first time Monique Truong and Antje Rávic Strubel met, was when they went on tour through Germany together in 2004, to present their novels Book of Salt–about Gertrude Stein’s and Alice B.Toklas’ Vietnamese cook–and Tupolew 134–a fact-based fiction about the hijacking of an airplane by two East Germans in the 1970s. Both novels were published at the same time in the same German publishing house C.H.Beck. The second time was at a literary conference at the Collegium for Advanced Studies at the University of Helsinki where Strubel and Truong were invited as writers-in-residence. In their keynote speeches to this conference, it became apparent that although their writing comes from vastly different backgrounds and follows different aesthetic concepts, they have one experience in common which fuels both of their writing: an existential rupture that has since shaped their perception of reality.

Copies of Strubel’s and Truong’s books will be sold at the event at a 20% discount.

Born in Saigon, South Vietnam, in 1968, Monique Truong is a writer based in Brooklyn, New York. Her second novel, Bitter in the Mouth (Random House, 2010), is the inaugural selection of the Ladies’ Home Journal Book Club. The novel received the Rosenthal Family Foundation Award from the American Academy of Arts and Letters and was named a 25 Best Fiction Books of 2010 by Barnes & Noble, a 10 Best Fiction Books of 2010 by Hudson Booksellers, and the adult fiction Honor Book by the Asian Pacific American Librarians Association.

Her first novel, The Book of Salt (Houghton Mifflin, 2003), was the recipient of the New York Public Library Young Lions Fiction Award, the Bard Fiction Prize, the Stonewall Book Award-Barbara Gittings Literature Award, a PEN Oakland/Josephine Miles National Literary Award, an Association for Asian American Studies Poetry/Prose Award, and a Seventh Annual Asian American Literary Award. In 2003, The Book of Salt was honored as a New York Times Notable Fiction Book, a Chicago Tribune Favorite Fiction Book, one of the Village Voice‘s 25 Favorite Books, and one of the Miami Herald‘s Top 10 Books, among other citations. Truong is also a contributing co-editor of Watermark: An Anthology of Vietnamese American Poetry & Prose (Asian American Writers’ Workshop, 1998) and wrote a monthly online food column entitled Ravenous for the New York Times’ T Magazine and contributed to other magazines such as Town & Country and Allure. Truong was a PEN/Robert Bingham Fellow, a Princeton University’s Hodder Fellow, and a 2010 Guggenheim Fellow. In 2012, she was a Visiting Writer at the Helsinki Collegium for Advanced Studies. 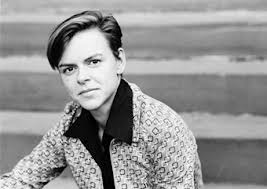 Antje Rávic Strubel is an author and freelance journalist living in Potsdam. Her novels include: Sturz der Tage in die Nacht (S. Fischer 2011) which was nominated for the German Book Prize; Kältere Schichten der Luft (S. Fischer, 2007), which was shortlisted for the Leipzig Book Fair Award; Vom Dorf. Abenteuergeschichten zum Fest (DTV, 2007); Tupolew 134 (C.H. Beck, 2004), Fremd Gehen: Ein Nachtstück (Mare, 2002), Unter Schnee (DTV, 2001), which has been translated into many languages, including English: Snowed Under (Red Hen Press, 2006) and Offene Blende (DTV, 2001).  She is the author of several radio plays and is the German translator of Joan Didion’s Blaue Stunden (Claasen, 2012) and Das Jahr magischen Denkens (Claasen, 2006) as well as a collection of Didion’s essays, entitled Wir erzählen uns Geschichten, um zu leben (Claasen, 2008). She is author of the travel essay books Gebrauchsanweisungen für Brandenburg und Potsdam (Piper, 2012) and Gebrauchsaweisungen für Schweden (Piper, 2008).  She was a guest professor at the German Literature Institute in Leipzig, in 2003/04 and 2010/11, and regularly reviews American and Scandinavian literature for Deutschlandfunk. Strubel has received numerous prestigious literary awards, including the Hermann Hesse Prize (2007), Bremer Literature Award (2005), Marburger Literature Award (2005), the Roswitha-von-Gandersheim-Award (2003), The Academy of Arts Award for Literature (2002), and the Ernst-Willner-Award at the Ingeborg-Bachman competition in Klagenfurt (2001).  She was writer-in-residence at the Villa Aurora, Los Angeles (2004) and writer-in-residence at the Helsinki Collegium for Advanced Studies in 2012/13.