What possibilities do technologies pose for alternative fashions, embodiments, and representations? How can relationships between consumer and producer shift in the digital realm?Minh-Ha T. Pham (Threadbared; Of Another Fashion; Cornell University), Ashley Mears (Pricing Beauty: The Making of a Fashion Model; Boston University), Mimi Thi Nguyen (Threadbared; The Gift of Freedom: War, Debt, and Other Refugee Passages; University of Illinois, Urbana-Champaign), and Sharon Heijin Lee (New York University) discuss the power of social media and other technologies to create platforms for alternative aesthetics and challenge inequitable structures of production.

Admission: $12 general, $7 MOCA members. RSVP to programs@mocanyc.org.  A limited number of A/P/A guests will receive special pricing to attend this program. Details will be announced on our newsletter.

Sharon Heijin Lee is an Assistant Professor/Faculty Fellow in the Department of Social and Cultural Analysis at New York University. Lee is currently working on a manuscript that maps the discursive formation of plastic surgery in South Korea, Asia, and Asian America by asking how it has become economically necessary and a viable form of self-management. Lee’s research agenda seeks to theorize the concealed relations between seemingly unrelated and often uninterrogated spheres—popular and consumer culture, medicine, tourism, the military, and other governmental institutions—and her work has been published in Women and Performance: Journal of Feminist Theory.

Ashley Mears is Assistant Professor of Sociology at Boston University. She is the author of Pricing Beauty: The Making of a Fashion Model (University of California Press, 2011). Mears, who worked as a model in New York and London, draws on observations as well as extensive interviews with male and female models, agents, clients, photographers, stylists, and others, to explore the economics and politics—and the arbitrariness— behind the business of glamour. Pricing Beauty examines the racial and gender aspects of fashion’s labor market at a moment when immaterial commodities (e.g. blogs) are becoming key sources of capital accumulation.

Mimi Thi Nguyen is Associate Professor of Gender and Women’s Studies and Asian American Studies at the University of Illinois, Urbana-Champaign and is co-founder of Threadbared. Her first book, called The Gift of Freedom: War, Debt, and Other Refugee Passages, focuses on the promise of “giving” freedom concurrent and contingent with waging war and its afterlife (Duke University Press, 2012). She continues to understand her scholarship through the frame of transnational feminist cultural studies, and in particular as an untangling of the liberal way of war that pledges “aid,” freedom, rights, movement, and other social goods, with her following project on the obligations of beauty. She is also co-editor with Thuy Linh Nguyen Tu of Alien Encounters: Popular Culture in Asian America (Duke University Press, 2007), and co-editor with Fiona I.B. Ngo and Mariam Lam of a special issue of positions on Southeast Asians in diaspora (Winter 2012). She publishes also on queer subcultures, the politics of fashion, and punk feminisms. 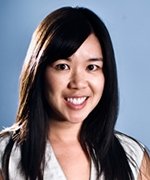 Minh-Ha T. Pham is an Assistant Professor in the History of Art & Visual Studies Department and the Asian American Studies Program at Cornell University. She is co-author of a research blog on the politics of fashion called Threadbared and the founder of a digital archive of the fashion histories of U.S. women of color called Of Another Fashion. Her research primarily focuses on the interrelations of aesthetics, race, and fashion technologies though she has also written about sound and film technologies. She has published in a wide array of forums from academic journals to popular and political magazines. In addition, her research has appeared in the New York Times, Wall Street Journal, The Nation, San Francisco Chronicle, NPR, Chronicle of Higher Education, among other media sites. She is completing a book on the racial and gender politics of fashion blog forms and practices.