Go on to America
Or return to Japan?
This is our dilemma
Here in Hawai‘i

Through the poetic lyrics of holehole bushi (Japanese folksongs), Franklin Odo (Founding Director, Smithsonian Institution’s Asian Pacific American Program) traces the experiences of Japanese immigrant plantation sugar workers caught in the global movements of capital, empire, and labor during the late 19th and early 20th centuries. From despair and defiance to love and lust, the sentiments conveyed in the lyrics of holehole bushi illustrate both the evolving local conditions and global context within which the workers, and particularly women workers, found themselves.

We celebrate the publication of Voices from the Canefields: Folksongs from Japanese Immigrant Workers in Hawai‘i with a selection of readings, song, and film.

RSVP by Monday, January 20 using the form below. 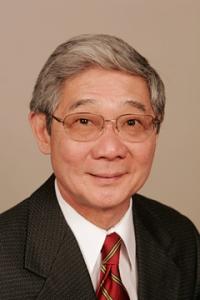 Franklin Odo retired in January 2010 as Founding Director of the Smithsonian Asian Pacific American (APA) Program. He served in that capacity since its inception in 1997. During his tenure, six major exhibitions on Asian Pacific American ethnic groups were created or hosted at the Smithsonian. He was Interim Chief of the Asian Division, Library of Congress in 2011. He has been Director of Research and Education at the National Japanese American Memorial Foundation and a Senior Advisor to the International Student Conferences. He leads a “Theme Study on Asian American Pacific Islanders” for the National Historic Landmarks Project of the National Park System and is Senior Advisor to Densho.