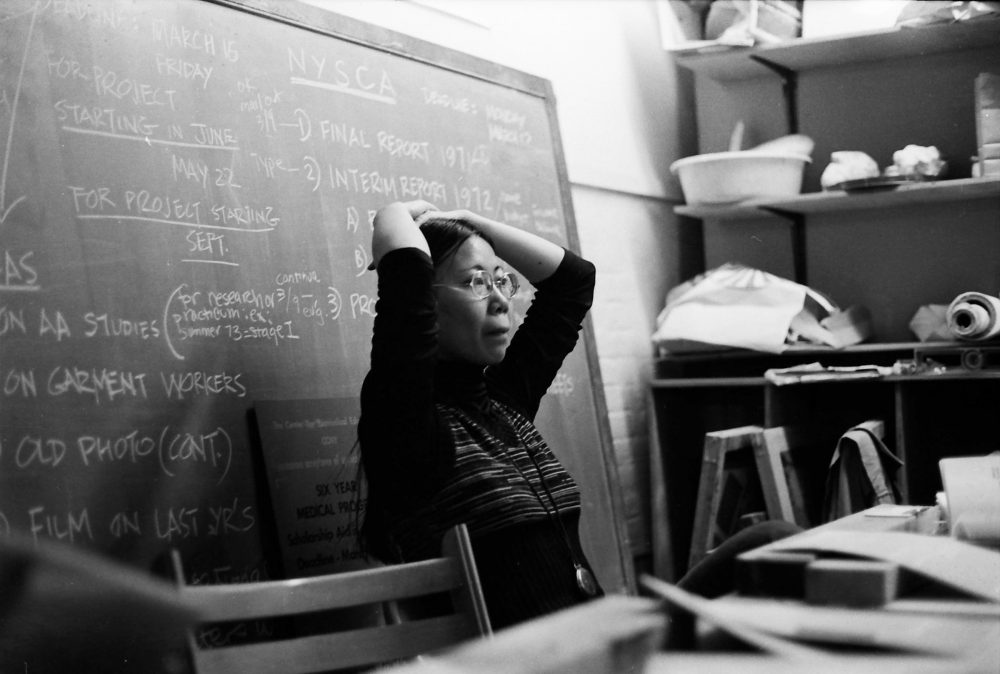 Fay Chiang (1952-2017) was an Asian American poet, visual artist, and community leader from New York City. Raised in Queens and educated at Hunter College and the School of Visual Arts, she became active in the anti-war and the Asian American cultural movements in the late 1960s and early 1970s. Chiang dedicated her professional life to cultural organizations in Lower Manhattan including Basement Workshop (of which she was executive director from 1975-86), Henry Street Settlement, and Project Reach/Chinese-American Planning Council. She was the author of several volumes of poetry, most recently 7 Continents 9 Lives (YBK Publishers, 2010). She died in 2017, in the Bronx, after a decades-long battle with breast cancer.

The Fay Chiang Papers are located at the NYU Tamiment Library & Robert F. Wagner Labor Archives. A finding aid for the collection is in process.