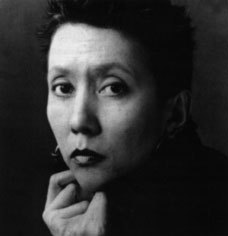 “Just get everybody stirred up. We’ve got a nation full of people going to school today and for what…they don’t know,” lamented Jessica Hagedorn, current Artist-in-Residence for the Asian/Pacific/American Studies Program & Institute. Although a longtime peer of Professor John Kuo Wei Tchen (Director of A/P/A Studies), this fall marks Hagedorn’s debut professional liaison with NYU. As Artist-in-Residence, Hagedorn wants to help students of A/P/A Studies to understand the reality of the struggle and the celebration of Asian Pacific Americans.

Hagedorn was born in Manila, the Philippines, in 1949. The magical atmosphere of the Philippines – as a place of movies, of story-tellers, of lively characters – combined with the encouragement of her artistic mother and a liberal upbringing, helped to develop Hagedorn’s passion for reading and writing. After moving with her family to San Francisco in 1963, the liberal artist in Hagedorn eventually found its way to New York City in 1978, in hopes of improving as a writer and as a performer.

Beginning by writing poetry and fiction in her youth, Hagedorn has since developed into a multi-faceted artist: poet, playwright and screenwriter. Danger and Beauty is a collection of some of her early poetry. In her writing, one can find recurring themes of rage, passion, rebellion, yearning and alienation. Her first novel, Dogeaters, was a best-seller, nominated in 1990 for a National Book Award and was voted the “Best Book of the Year” by the Before Columbus Foundation. Hagedorn just closed the stage version of Dogeaters at the La Jolla Playhouse and hopes to bring it to Broadway. Her current novel is Gangster of Love.

In addition to being Artist-in-Residence for A/P/A Studies, Hagedorn is instructing a course at Columbia University for the Masters Fiction Program. And even though she is an established writer and an instructor at one of the country’s most elite universities, she still faces the struggle of commanding respect as an Asian American and as a woman. “I was teaching my class the other day and a student of mine was questioning an assignment that I had given and I knew that if I was a white male, that wouldn’t have been the case. But these battles happen all the time. It’s the debate that counts, the dialogue that’s important. If you don’t agree with me, fine, let’s talk about it. Let’s think about it critically. Students should be engaged and enthralled by what’s going on. Incidentally, the student came around and apologized after class.”

Discussion and exchange of ideas is part of Hagedorn’s essence. Accepting the position of Artist-in-Residence “was a very personal thing for me. I am proud to share with a university with a large focus on Filipino Americans, the Philippines and its centennial because there’s not much taught about it in any major way at any major university. If you can’t wake people up and spark that creative energy, that’s what school is all about.”

Jessica Hagedorn will remain Artist-in-Residence through May 1999.