Presented by the Museum of Chinese in America. Supported by the Asian/Pacific/American Institute at NYU.

Memory Prints: The Story World of Phillip Chen is a solo exhibition by Phillip Chen, a visual artist from the Midwest. In fifteen relief etchings centering around his family, Chen reckons with significant moments in Chinese American history. These prints unearth the emotional landscape of an American family’s many generations’ possible futures and pasts. The suffocating terrain of the Exclusion era, of the racial violence and marginalization, are also felt and made palpable, personal. What are its ongoing legacies? These time/space prints are knotted like a traveling griot’s memory. At once pained, calmed, hot, cooled, jagged, refined, transmuted—these haunted historical visions are the alchemy of a master printmaker.

One print is inspired by the story of his great grandfather, a gold miner in California during the Gold Rush in the 1860s, who needed to sever his queue during an underwater fishing dive to save his own life. Another is based on his uncle who owned the only restaurant in Fort Wayne, Indiana that served African Americans in the 1930s. The constellation of inherited objects and etchings produces a psychic space where the interrelationships between object and image, and history and memory, are explored. It is guest curated by MOCA’s co-founder, Jack (John Kuo Wei) Tchen.

Born in Chicago, Illinois, Phillip Chen received his bachelor’s degree from the University of Illinois, Chicago, and master of fine arts degree from School of the Art Institute of Chicago. His work in print media has been exhibited in over one hundred and fifty locations nationally and internationally and is held by public collections that include Brooklyn Museum, Carnegie Institute Museum of Art, Art Institute of Chicago, San Francisco Museum of Fine Arts, and Three Shadows Photography Art Centre, Beijing. He has served as an evaluator for College Art Association, National Endowment for the Arts, and John D. and Catherine T. MacArthur Foundation. His awards include grants from National Endowment for the Arts and The Louis Comfort Tiffany Foundation. Phillip Chen is Professor of Drawing and Printmaking at Drake University.

Jack (John Kuo Wei) Tchen is the founding director of the A/P/A (Asian/Pacific /American) Studies Program and Institute at New York University, NYU. Professor Tchen co-founded the Museum of Chinese in America in 1979-80 where he continues to serve as senior historian. Yellow Peril! An Archive of Anti-Asian fear is his most recent book, co-authored/edited with Dylan Yeats. He is also author of the award-winning books New York before Chinatown: Orientalism and the Shaping of American Culture, 1776-1882 and Genthe’s Photographs of San Francisco’s Old Chinatown, 1895-1905, and he edited Paul C. P. Siu’s classic The Chinese Laundryman: A Study of Social Isolation. In 1991, he was awarded the Charles S. Frankel Prize from the National Endowment for the Humanities (renamed The National Medal of Humanities).

The artist discussed each of the 15 prints in the exhibition with curator and A/P/A Institute Founding Director Jack Tchen. View the playlist here or watch the videos below. 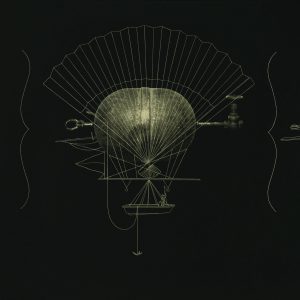 “My Father and Dillinger”