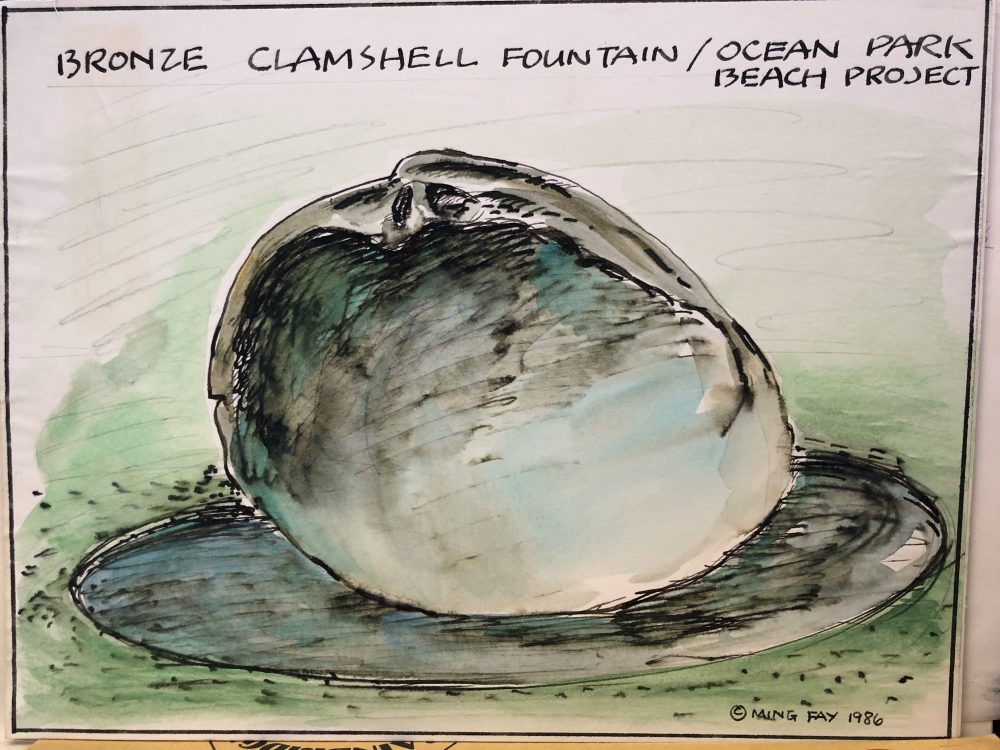 Born in Shanghai in 1943, New York City-based sculptor Ming Fay grew up in Hong Kong and moved to the United States in 1961 to attend the Columbus College of Art and Design. He received a BFA from the Kansas City Art Institute and an MFA at the University of California, Santa Barbara. Fay has exhibited extensively in the US and abroad, and received numerous commissions for public art projects worldwide.

Ming Fay’s work primarily comments on the symbiotic relationship between humans and nature. Drawing on an extensive knowledge of both Eastern and Western horticulture and mythologies, along with his close observation of personally collected items such as fruits, seeds, and bones, Fay often reworks nature’s forms in order to fabricate imaginary species. The artist explains, “Much like a scientist, I research and cultivate specific plant forms for their inherent and symbolic qualities, reinterpreting and reinventing them in my studio/laboratory greenhouse.” This results in works that range from oversized plant forms, theatrical garden-like displays, or overgrown sci-fi inspired environments.

In recent years, Fay investigates the parallels between the symbolic meanings of the botanical world and human needs or desires. His installations often capture both the elation and the anxiety that stem from the encounter between humans and the natural world. He focuses particularly on the concept of the garden as a symbol of abundance or a utopia—a metaphorical location for humankind’s desirable state of being.

The Ming Fay Papers are in transfer to the NYU Fales Library & Special Collections. A finding aid for the collection is in process.