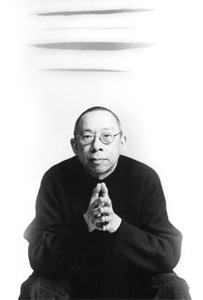 PING CHONG is a theatre director, choreographer, video and installation artist. He was born in Toronto, Canada and raised in New York City’s Chinatown. He is the recipient of an Obie Award, six National Endowment for the Arts Fellowships, a Playwrights USA Award, a Guggenheim Fellowship, a TCGIPew Charitable Trust National Theatre Artist Residency Program Fellowship, a National Institute for Music Theatre Award and a 1992 (Bessie) Award for Sustained Achievement. Since 1972 he has created over 30 works for the stage, including NUIT BLANCHE, A.M./AJVL – THE ARTICULATED MAN, NOSFERATU, A RACE, THE GAMES (with Meredith Monk), ANGELS OF SWEDENBORG, KINDNESS, MARAYA, SNOW, NOIRESQUE, BRIGHTNESS, 4AM AMERICA, and ELEPHANT MEMORIES.

In 1990, Ping Chong created DESHIMA, the first in a series of works exploring East-West relations past, present and future. DESHIMA, which was commissioned by the Mickery Workshop in Holland, received its American premiere at La MaMa, ETC in 1993 and was presented at the Tokyo International Theater Festival and the Singapore Festival in 1995. CHINOISERlE, the second in the East-West series, premiered at the Lied Center of the University of Nebraska and was featured as part of the Brooklyn Academy of Music’s 1995 Next Wave Festival. The third in the series, AFTER SORROW, a collaboration with choreographer Muna Tseng and composer Josef Fung, premiered in January, 1997 at La MaMa ETC. AFTER SORROW was presented at the 1997 Theatre of Nations Festival in Seoul, Korea and in the 1998 Festival of Asian Arts in Hong Kong.

At New York City’s Artists’ Space in 1992, Ping Chong created the first production of UNDESIRABLE ELEMENTS, an on-going series of works exploring the effects of history, culture and ethnicity on the lives of individuals living in a particular community. He has since created other versions of UNDESIRABLE ELEMENTS in Cleveland, Minneapolis, Seattle, Long Beach, Newark, Clinton, Rotterdam and Tokyo, where the piece, performed under the title GAIJIN, or Foreigners, received a Best Play of 1995 award from the Yomiuri News Company. Ping Chong is currently working on UNDESIRABLE ELEMENTS in Chicago.

In collaboration with set designer Mitsuro Ishii and puppet artist Jon Ludwig, Ping Chong created KWAIDAN, a puppet theater work based on three Japanese ghost stories by Lafcadio Hearn. KWAIDAN premiered in June 1998 at the Center for Puppetry Arts in Atlanta and was featured in the Henson International Puppetry Festival the following September. KWAIDAN, which was presented on tour at the Walker Art Center, the Museum of Contemporary Art in Chicago and Dartmouth University as well as other venues, will be presented at the Spoleto USA Festival in June 1999. Ping Chong directed Benjamin Britten’sCURLEW RIVER for the 1997 Spoleto Festival.

Mr. Chong has also worked successfully in both media and visual arts. He directed two television specials with Meredith Monk – PARIS for KCTV, Minneapolis and TURTLE DREAMS (WALTZ) for WGBH, Boston, which won the Grand Prize at the Toronto Video Festival. His second original video work, I WILL NOT BE SAD IN THIS WORLD, has been screened at festivals internationally. His video, PLAGE CONCRETE, was shown as part of WNET/WGBH’s New Television Series and received a Bronze Star at the 1989 Sacramento International Film and Video Festival. In 1985, Mr. Chong created an environmental installation for MIT’s Albert and Vera List Visual Arts Center, Cambridge as part of the inauguration of its new media arts building. In 1988, he created a trio of outdoor multi-media installations, PLAGE CONCRETE, as part of the Three Rivers Arts Festival in Pittsburgh. The New England Foundation for the Arts commissioned a touring installation, IN THE ABSENCE OF MEMORY, unveiled at the Trinity College Gallery in Hartford, CT in January, 1990. The video installation TEMPUS FUGIT was first shown in March 1990 at the Haggerty Museum of Art, Marquette University. An installation A FACILITY FOR THE CONTAINMENT AND CHANNELING OF UNDESIRABLE ELEMENTS, was commissioned by Artists Space in New York City in October, 1992. His installation TESTIMONIAL was exhibited in the 1995 Venice Biennale’s TransCulture show.