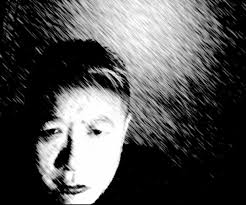 Born in Taiwan in 1954, installation artist, filmmaker, and media activist Shu Lea Cheang received a BA in history from National Taiwan University in 1976 and an MA in Cinema Studies from New York University in 1979. She began her career in New York City as a member of the grassroots alternative media collectives Paper Tiger TV (from 1980 to 1990) and Deep Dish TV (from 1984 to 1990). She has since worked as a multimedia artist, creating internet-based participatory art installations and films critiquing political oppression, militarism, racism, heteronormativity, limits to freedom of expression, and also technological and environmental issues. In her career as a multimedia artist, her work has transitioned through the years from film and video to digital, to collaborating with web designers, technologists, writers and performance artists creating participatory works that enact cyber activism.

The collection spans the years from 1971 to 2017, with the bulk of materials from 1989 to 2002. Although Cheang’s collection documents most of her creations, the artworks and films prominently featured in this collection are Making News Making History: Live from Tiananmen Square (1989-1990); Color Schemes (1989); Those Fluttering Objects of Desire (1992); Fresh Kill (1994); Bowling Alley (1995); Brandon (1998-1999); I.K.U. (2000); and Garlic=Richair (2002). The concept, design, execution, installation, promotion, and exhibition of these pieces are documented through paper and electronic formats, which include correspondence, project proposals, script drafts, notebooks, diagrams and sketches, photographic images, promotional material, reviews, press clippings, and research files. Edits and footage related to Cheang’s films and installations are represented within the audiovisual material in a variety of formats.

To learn more about the contents of the Shu Lea Cheang Papers, located at the Fales Library & Special Collections, view the collection’s finding aid.