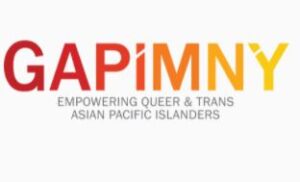 GAPIMNY is led by an annually elected 13-member Steering Committee, which in turn leads several subcommittees. These subcommittees are divided into Active Immediate Subcommittees and Longer Goal Committees. To further its mission of providing a safe and supportive social, political, and educational space, the organization sponsors a range of social events and programs. These include monthly general membership and steering committee meetings, workshops, monthly brunches, seasonal parties, fundraisers, and other social and cultural events. Its newsletter magazine PersuAsian aims to increase the visibility of the LGBT API community, disseminating information about GAPIMNY events and relevant news affecting the community.

Over the course of its history, GAPIMNY has actively engaged in LGBT and API rights advocacy and coalition work. In 2004, when Details magazine published “Gay or Asian?” a satirical feature stereotypically caricaturing LBGT and A/PA peoples, GAPIMNY took early leadership of organized protests, demanding apology, retraction, diverse and positive representations of LGBT A/PAs in Details, and diversity sensitivity training for its staff. The organization argued that the article’s title, “Gay or Asian?” itself suggested that an individual could be either or but not both, perpetuating the invisibility of LGBT A/PAs who lived at the interstices of race, sexuality, class, and nationality. In addition to encouraging the thousands of letters, calls and emails of protest sent to Details’ editorial office sparked by GLAAD/POC Media Program’s initial community alert, the organization co-sponsored with Asian Media Watchdog a noon-time protest outside the magazine’s New York editorial office at 7 West 34th Street (5th Ave) on April 16.

In 2005, its 15th Anniversary year, GAPIMNY sent a large contingent to the Creating Change Conference sponsored by the National Gay and Lesbian Task Force for LGBTQ activists and community organizers, significant in that hundreds of LGBTQ APIs came together to attempt the framing of a unified political, social, and cultural agenda. At the time of this survey, GAPIMNY’s current Chair is Jason F. Tseng.