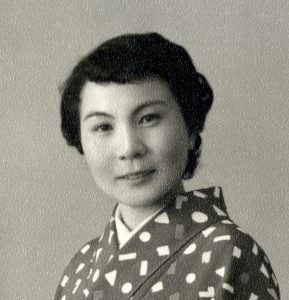 History: Isaku Kida (1905-1996) immigrated to the United States from Japan in 1930 as a student of theology. Following Japan’s attack on Pearl Harbor, he fell under the suspicion of the FBI for his growing interest in Communism. Arrested and incarcerated at Ellis Island, he was subsequently released to work as a language instructor for the Office of Strategic Services. Nearing the end of WWII, Isaku became a business manager, and later, president of The Hokubei Shimpo (renamed New York Nichibei in 1945). During its run from 1945 through 1993, the paper documented the life of New York’s postwar Japanese American community, serving not only as a place to obtain community news but also as an important outlet for Asian American writers. A range of progressive causes from civil rights to women’s and gay rights found expression within its pages. In addition, the paper regularly documented developments in the Asian American Movement born in Chinatown in the late 1960s and 1970s, the Asian American arts movement, and the redress movement of the 1970s and 1980s.

Emi Kida (1908-2002) was born in Gifu prefecture, and attended Doshisha Women’s Senmon School, where she studied the traditional women’s arts of embroidery, ikebana (flower arranging), and cooking. In 1958, she immigrated to New York to join her husband. Through the work she performed in helping to run the New York Nichibei (reporting in the field, manually setting the type of the Japanese language section, editing, keeping the books, organizing mailings), Emi became intimately familiar with the city’s cultural and political life.

Summary: The majority of the collection (approx. 4 boxes) consists of copies of The Hokubei Shimpo—New York Nichibei, the central English language newspaper of the Japanese American Left. No institution possesses a complete run. The paper published roughly 2,500 issues and it is possible that a majority are in the collection. Also contained in the collection are Emi Kida’s newspaper clippings. Most of this material is in Japanese. Emi’s correspondence, official documents relating to The Hokubei-Shimpo such as tax returns and articles of incorporations, and Christmas cards make up another portion of the collection. Study of the couple’s Christmas cards and correspondence may serve to illuminate the social and professional network which helped finance and support the paper. Included also are Emi’s daybooks, written in Japanese and kept faithfully since her arrival in New York in 1958 (to her death in 2002). Notes, ticket stubs, dried flowers, leaves, and other ephemera can be found interspersed within their pages. Spanning 43 years, her daybooks offer a rare glimpse into the daily life of a Japanese woman in postwar New York and her involvement with the city’s Asian American Left. One linear foot’s worth of material consists of Japanese language books of New York and American subject matter that the Kidas’ owned and collected. Photographs and awards comprise another linear foot. The photographs depict the Kidas’ themselves and friends such as the Konowas. Asae Konowa, a friend Emi met when she attended college in Japan, maintained a lifelong friendship with Emi. Her husband briefly owned the Japanese American News Corporation. Correspondence, reproductions of Asae Konowa’s memoir, and a framed watercolor by Konowa’s granddaughter are included in the collection. New York Japanese American and mainstream ephemera Emi collected as a reporter for The Hokubei Shimpo—New York Nichibei comprise another portion of the collection. These include: posters and programs from cultural events (art exhibitions, theatre performances) Emi covered; newsletters, publications, and directories of Japanese churches and organizations Emi was active in within the New York area; subscriptions to New York-based Japanese language artistic and literary publications from the 1980s and 1990s; and materials relating to Emi’s certification in and practice of flower arrangement design.