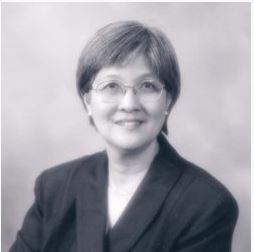 Date Range: 1989 – 2005
Survey Conducted: Fri, 2009-02-20
Creator: Chen, May Ying
History: May Chen (1948- ) is a labor organizer who for more than twenty years has been actively engaged in outreach and advocacy for immigrant workers. Born and raised in Boston, MA, she received her BA from Radcliffe College and her MA in Education at UCLA. While in California, she worked as a high school and adult education teacher, wrote for the A/PA publications Gidra and Roots, founded a day care center that employed mainly immigrant women, and taught Asian and Asian American Studies at California State University, Long Beach.

Chen’s involvement in the labor movement began in 1983 with her membership in Local 23-25 and her work on the ILGWU Immigration Project beginning in 1984. The first union-initiated legal advocacy department for immigrant workers, the Immigration Project assisted thousands of union members in application for U.S. citizenship, sponsorship petitions on behalf of relatives, and legalization under the “amnesty” clause of the 1986 Immigration Reform and Control Act.

In 1989, Chen began a full-time position at Local 23-25’s Education Department, coordinating labor education programs, English and Civics classes, voter registration and political action projects, and numerous other union and community activities for members. She became active in other labor-related groups, including the Coalition of Labor Union Women, on whose National Executive Board she served from 1984 to 1993, the Asian Labor Committee of the New York City Central Labor Council, and the AFL-CIO’s Asian Pacific American Labor Alliance (APALA), of which she was a founding member and officer.

Up until her retirement in June 2009, Chen served as International Vice President of UNITE HERE and Manager of Local 23-25. She also served as Secretary of the New York Metropolitan Area Joint Board.

The bulk of files relates to two components of May Chen’s work within the Chinatown community. The first component is organizing Chinese immigrant garment workers to fight sweatshop conditions. The other consists of advocacy work to aid Chinatown’s economic recovery after 9/11. Anti-sweatshop campaign materials include bilingual Chinese and English UNITE briefing sheets on the Stop Sweatshops Act (S 626, HR 23) and Anti-Sweatshop Procurement Bill, a petition to end sweatshop abuse, and newspaper clippings, logistics planning and meeting notes, contact lists, press releases, flyers, and memos for UNITE’s Chinatown Rally to Stop Sweatshops on August 28, 1998 and Local 23-25’s rally/lobby in Washington, DC on July 29, 1998. Also included are files relating to the New York City Apparel Industry Compliance Program and the Tenement Museum ESL Fabric of Our Communities Program (“Garment Industry Present”). There is also material on the Workers’ Center, aimed at organizing non-union Chinese garment workers in Sunset Park. Press clippings dating between 2000 and 2003, many from Chinese-language newspapers such as Sing Tao, and 1997-2003 runs of UNITE! Local 23-25 News (incomplete) in English, Chinese and Spanish document much of the union’s activity within Chinatown. Advocacy work for stimulating economic development in Chinatown after 9/11 includes reports and conference materials relating to the Lower Manhattan Development Corp (LMDC) World Trade Center Memorial and Redevelopment Plan, Asian Americans for Equality’s Rebuild Chinatown Initiative, the Asian American Federation’s economic impact study of Chinatown after Sept 11th, and the Asian American Leadership Conference: Healing and Rebuilding in New York on May 10, 2002.

Half a linear foot of material relate to May Chen’s work as a founding member and executive officer of APALA. These include such administrative documents as the APALA constitution and chapter by-laws, its application for tax exemption as a non-profit 501(c)(5) labor organization contact mailing lists and executive board directory, a directory of Asian American organizations in New York and California, and membership renewal forms. Several binders and files document APALA’s executive board meetings in 2000, 2001, 2004, 2005, and 2008. These contain meeting agendas and minutes, reports, information about campaigns, memorandum, financial statements, press releases, presentation materials such as PowerPoint slide printouts, and resource materials such as voting records, speeches, and articles. One binder’s contents relate to APALA’s Political Education Conference in 2000. It includes materials such as a conference agenda and overview, voter registration information and forms, voter education workshop instructor’s manual, Get-Out-the-Vote (GOTV) Program workshop manual, and election 2000 A/PA demographic and political statistics. Also within the collection is a Winter 2005 copy of APALA News and several brochures in English, Chinese, Korean, Vietnamese, and Tagalog.

A few other files relate to conferences and workshops that Chen attended and facilitated between 1989 and 1998 on organizing immigrant Chinese and women workers. There are also files pertaining to the Coalition on Labor Union Women’s Chinese Committee, for which Chen served as chairperson. Dating from 1993-1995, the files contain officer and board lists, meeting agendas and minutes, attendance rosters, and event flyers.

The oldest files in the collection are dated 1989 and pertain to union and Chinese response to Tiananmen Square. These include resolutions, reports, and conference programs from the ILGWU, AFL-CIO Committee on China, Friends of Chinese Minzhu, and the City University of New York. Half a linear foot consists of Chen’s personal resource library of books on such topics as Chinese immigration, organizing women workers, the needs of Asian American elders in New York, recession and 9/11, and economic statistics on A/PAs.