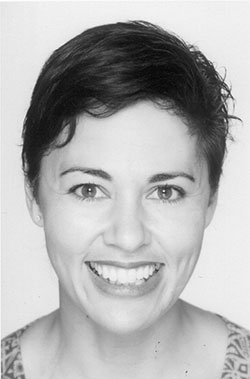 Waka
carry me.
Take my bow
guide this prow
to the Island that waits
between two rivers.
Oceans of horizons
Frigate birds signal land …

That the Asian/Pacific/American Institute has invited me to stay longer is a relief for which I am eternally grateful. There is much work to be done, and I have only just scratched the surface.

I arrived last Fall with seed from the Orongorongo Ranges, the coast of Te Whanganui-a-Tara, the sludge of Waipori, the peaks of Te Waipounamu, the heat of Manono’s black rocks. I brought images, written and musical notes.

So far this residency has been an incubator, a pressure cooker, a poultice a poultice drawing me and my work out into the open.

There’s been diversity and new depths. I’m co-composing a score improvising with the finest musicians, have edited a chapter about the Pacific in an elementary school textbook, keynoted for Asian Heritage Month at NYU and at the University of Washington for Polynesian Day; I’ve performed live-to-air from an East Village club, at the Native American and Indigenous Studies conference in Athens, Georgia; at the first Matariki in New York City, at Fulbright’s 60th birthday in D.C. I am inspired to continue the legacy of Dr. Barbara Ann Teer.

This Spring the music, script and visuals were woven together in front of an audience for the first time when we launched the score of Breaking the Surface. No one was keener to find out what would happen.

The Pacific is so easily out of sight and out of mind in New York City. There’s no excuse for this. There are plenty of connections to draw on. Whether or not this is important depends on how global you are. How present you really are right now on Earth. How indigenous are you to the 21st century?

New York City is long overdue an update on its 19th and 20th century perspectives on the Pacific. They’re just so damned sexy.
Why change anything?

I’m looking forward to you Breaking the Surface with me next Spring, and you’re also invited to the book launch for through windows this Fall. My blog faitala will keep you posted.

Susana Lei’ataua is an actor and a writer. She is the recipient of the New Zealand Fulbright Senior Scholar Award for 2008. Born in Wellington, New Zealand Susana is from generations of orators and story-tellers. She is part of the Lei‘ataua and Taupa‘u families of Manono, Samoa and her mother’s family has been in the Pacific for 200 years. She initially studied at the Lee Strasberg Theatre Institute, was Rossignol in Marat Sade at the Tribeca Lab, Lysistrata in Lysistrata in Washington Square Park; and under the banner Musumusu performed musical collaborations in downtown theaters and lofts including Lost in the Apple with members of the Groove Collective. Her solo dramatic poem through windows was produced by the A/P/A Institute in 2003 and as part of the New York Pacifika Film Festival in 2004. A recording of it is archived at Te Puna Matauranga o Aotearoa – the National Library of New Zealand. Lei‘ataua was in the Aotearoa/New Zealand delegation at the 9th Pacific Arts Festival in Palau in 2004. She has been a journalist, radio newsreader, talk show host, television presenter, producer, editor; a communications consultant for New Zealand government agencies and the Royal New Zealand Ballet, and project manager of the Ngai Tahu Leadership Programme.

Appropriately in his Four Quartets, Eliot prescribed that: “…last year’s words belong to last year’s language And next year’s words await another voice” That voice is now amongst us, delivered through its powerfully compelling persona, Susana Lei’ataua. Ms. Lei ‘ataua recently escorted an enchanted audience in Washington, D.C. on a magical malaga (voyage), to witness an intimate vocal reunion with her Samoan grandmother (Tina ole ‘aiga), whose recorded singing of pese o anamua Susana joined, imbuing all in their melodious, mystical communion. Ms. Lei ‘ataua’s ‘aiga (forebears), must, however, take pride in her vivid vocal imagery of ancient Pacific Island sagas seeking wary alignment with the modernity of present-day New York. Perhaps they know that their descendant’s voice of forceful elegance will articulate an environment, where, again to employ Eliot’s Quartets, “…both a new world And the old [are] made explicit, understood.”