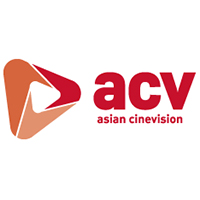 Founded in 1975, Asian CineVision (ACV) is a non-profit media arts organization dedicated to the development, exhibition, support, promotion, and preservation of Asian and Asian American film and video. ACV established several firsts for Asian American media in the US. These accomplishments include creating Chinese Cable Television (CCTV), the first Chinese language news program in 1977, and founding the first Asian American film festival, the Asian American International Film Festival (AAIFF) in 1978. ACV has also presented other topical and video festivals, including Videoscape and the Children’s Film Series. In addition to its extensive work in film and media, ACV used print mediums to promote Asian American culture and concerns. In 1981, ACV took over the publication of Bridge Magazine. Originally published by Basement Workshop, Bridge was an Asian American Movement quarterly focusing on the development of a pan-Asian American political and literary identity. Bridge ceased publication in 1986 and was replaced by CineVue, an Asian American media arts journal.

The contents of the Records include ACV’s administrative and research files, publications, and video recordings. Highlights from the collection include detailed notes on the logistics and films played at ACV’s festivals, complete runs of both Bridge and CineVue, and CCTV tapes that contain raw and aired footage of events in Manhattan’s Chinatown during the late 1970s and early 1980s. The ACV Records document the work of a progressive Civil Rights era organization key to New York’s Asian American Movement. The contents of Bridge, the CCTV programs, and AAIFF are invaluable materials to reconstruct the social and cultural history of Manhattan’s Chinatown and Asian American activists during a period of intense demographic, economic, and political change from the mid-1970s to the 2000s.