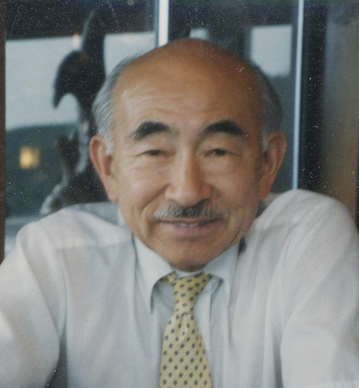 George Yuzawa (1915-2011) was a beloved and central figure in New York’s Japanese American community. Originally from Los Angeles, California, Yuzawa was an active member of its Japanese American community. He helped found Boy Scout Troop 64 and the Japanese Athletic Union. Yuzawa graduated from Los Angeles City College with an associate’s degree in business, but found few employment opportunities because of racial discrimination. As a result, he joined his father at the family’s Vermont Flower Shop as a florist. After the signing of Executive Order 9066 in 1942, Yuzawa, his new wife Kimiko Hattori, and their families were incarcerated at two different concentration camps: Santa Anita Assembly Center and later Granada War Relocation Center in Colorado. After release from the camps, Yuzawa volunteered for the US Army. He was stationed in Tokyo as part of the American Occupation of Japan and served as a special officer for entertainment for enlisted US military servicemen.

The George Yuzawa Papers document the life and work of this important community figure and contains key documents, photographs, correspondence, news clippings, flyers, and other records from the many organizations in which he served.

To learn more about the contents of the George Yuzawa Papers, located at the NYU Tamiment Library & Robert F. Wagner Labor Archives, view the collection’s finding aid and see images from the collection on Flickr.