“It is with a feeling of enormous loss and grief that I note the sudden passing of Jack G. Shaheen on July 9, 2017. He devoted his life to documenting Hollywood and television’s misrepresentations of Arabs and Muslims, constantly documenting, writing, and speaking about this caricature and that image long before the public and academics paid attention to the origins and consequences of such dehumanizing cultural politics. He understood these stereotypes as linked to the racializing of various othered peoples, always seeking to compare and interrelate. Before I met the man, I expected his 40 years of painstaking, thankless, and pain-inducing documentation of each character in each movie and show to make for an embittered and cynical person. Yet he was upbeat, loving, and relentlessly positive. Jack always spoke and wrote with grace, generosity, and hope. We’ll miss him dearly. His work, gaining international recognition in the past ten years, is now more important than ever.”—Jack Tchen, Founding Director, A/P/A Institute at NYU 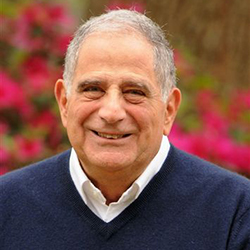 Dr. Jack G. Shaheen (1935-2017) dedicated his career to identifying and contesting damaging stereotypes of Arabs and Muslims in US popular media. Shaheen authored several books including The TV Arab (1984), Guilty: Hollywood’s Verdict on Arabs after 9/11 (2008), and the award-winning Reel Bad Arabs: How Hollywood Vilifies a People (2001, 2009), which the Media Education Foundation produced as a documentary in 2006. He served as an Oxford Research Scholar and as a consultant for the Los Angeles Commission on Human Relations, the Justice Department’s Civil Rights Division, and New York City’s Commission on Civil Rights. Shaheen was a Distinguished Visiting Scholar at Asian/Pacific/American Institute at NYU and the Hagop Kevorkian Center for Near Eastern Studies at NYU.

A professor, author, and professional film consultant, Shaheen and his wife Bernice collected and analyzed materials which depicted Arabs and Muslims as the “cultural other.” The Jack G. Shaheen Papers contain nearly 3,000 motion pictures (spanning from late nineteenth-century silent films to contemporary Hollywood productions) and television programs (including comedies, dramas, cartoons, and commercials) on DVD and VHS tapes, a selection of which have been digitized. Paper ephemera in the archive comprise of editorial cartoons, motion picture posters and stills, comic books, and advertisements. Also included in the collection are film and television scripts, books, magazines, toys, and games. His extensive collection provides valuable documentation of the representations of Arabs and Muslims in US popular culture and mass media from the late nineteenth to the twenty-first century.

The Jack G. Shaheen Collection on Arabs in US Film and Television is housed in multiple repositories at New York University. To access the contents of the collection, please review this collection guide and contact the appropriate repository.

A is for Arab: Stereotypes in U.S. Popular Culture, a traveling exhibition featuring items from the Jack G. Shaheen Collection

A is for Arab: Archiving Stereotypes in U.S. Popular Culture, a publication featuring items from the Jack G. Shaheen Collection

Reel Arabs vs. Real Arabs: Historicizing/Critiquing/Remaking the Arab Image in Popular Culture, create your own film program with introductions from Jack G. Shaheen