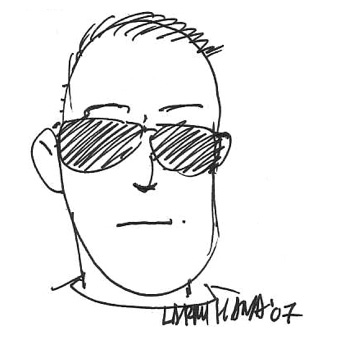 Larry Hama (b. 1949-) is an influential comic book writer and artist behind such titles as G.I. Joe, The ‘Nam, and Bucky O’Hare. Born in Manhattan and raised in Queens, New York, Hama is a third generation Japanese American. He attended Manhattan’s High School of Art and Design, and from 1969 to 1971, served in the US Army in Vietnam. His experiences in Vietnam would later influence much of his creative work relating to the military and war. After his discharge, Hama worked as an assistant to comic writer and artist Wally Wood and later joined Neal Adams’ Continuity Associates studio. In 1977, Hama became an editor at DC Comics, and in 1980, joined Marvel Comics. There, he edited acclaimed titles such as Conan and The ‘Nam and began writing stories for G.I. Joe.

Although originally meant as a short-term marketing vehicle for the Hasbro line of military action figures, Hama’s engaging storylines, complex characters, and attention to detail helped G.I. Joe become an unexpected hit. It captured a wide spectrum of readers, including a female readership that was drawn to his strong female protagonists, a rare feature in comic books at that time. He has also made significant contributions as a writer and artist to The Nth Man: the Ultimate Ninja, Wolverine, Daredevil, The Punisher War Zone, Moon Knight, Before the Fantastic Four: Ben Grimm and Logan, Savage Tales, Generation X, and Batman. In addition to his work in comics, Hama is also an actor and musician.

To learn more about the contents of the Larry Hama Comic Book Collection, located at the NYU Fales Library & Special Collection, view the collection’s finding aid.