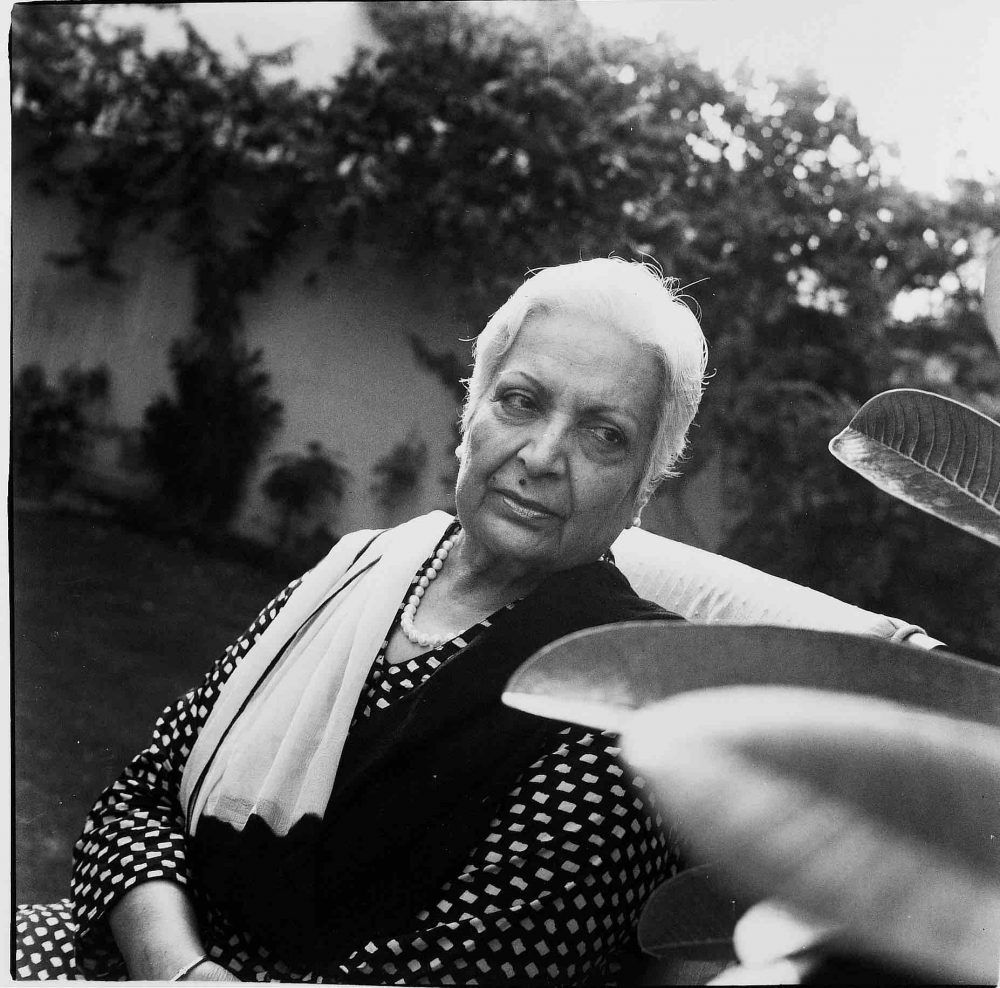 We are deeply saddened to hear of the passing of Zarina (July 16, 1937-April 25, 2020). Best known for her work as a printmaker, Zarina was an important figure in the international art world and her poignant explorations of home, displacement, borders, and memory remain profound, especially in these uncertain times. During her time with us as Artist-in-Residence in 2017-18, Zarina, along with Sarah Burney, wrote a collection of essays entitled Directions to My House. “Memory is the only lasting possession we have,” begins Zarina, as she reflects on her life and career as an artist and the many cities she called home. “I do not feel at home anywhere, but the idea of home follows me wherever I go. In dreams and on sleepless nights, the fragrance of the garden, image of the sky, and the sound of language returns. I go back to the roads I have crossed many times. They are my companions and my solace.” We are honored and fortunate to remember Zarina’s brilliance as an artist and friend of A/P/A.

Zarina was born in Aligarh, India in 1937 and lived and worked in New York. Her work is defined by her adherence to the personal and the essential. While it tends towards minimalism, its starkness is tempered by both texture and materiality. Her art poignantly chronicled her life, and recurring themes include home, displacement, borders, journey, and memory.

Best known as a printmaker, Zarina preferred to carve instead of draw the line, to gouge the surface rather than build it up. She had used various mediums of printmaking including intaglio, woodblocks, lithography, and silkscreen, and she frequently created series of several prints in order to reference a multiplicity of locales or concepts. She had long been interested in the material possibilities of paper and in addition to printing on it, she had created works which entail puncturing, scratching, weaving, and sewing on paper. Zarina also created sculpture using a variety of media such as bronze, aluminum, steel, wood, tin, and paper pulp, and works which entail puncturing, scratching, and sewing on paper.

Zarina exhibited at numerous venues internationally including representing India at the 2011 Venice Biennale. Her retrospective exhibition entitled Zarina: Paper Like Skin was presented at the Hammer Museum in 2012, and at the Guggenheim Museum and the Art Institute of Chicago in 2013. Her work is in the permanent collections of the Tate Modern, Hammer Museum, San Francisco Museum of Modern Art, Whitney Museum of American Art, Solomon R. Guggenheim Museum, Metropolitan Museum of Art, Museum of Modern Art, and Menil Collection.

Memory is the only lasting possession we have. I have made my life the subject of my work, using the images of home, the places I have visited, and the stars I have looked up to. I just want a reminder that I did not imagine my experiences. With the support of the A/P/A Institute’s Artist-in-Residence program, I plan to write about my life. I am only a small part of a big universe, but we all have stories to tell. I am already eighty years old and time is running out. To quote the Palestinian poet Mahmoud Darwish, “I don’t have enough time to tie my end to my beginning.”

I have learned a lot from my wanderings around the world, and have always been very curious about how other people live. Now, in my old age, I want to go back to where I started. I often wonder what my life would have been like had I never left my house of four walls in India. I will never know the privilege of living out my days in the country in which I was born, speaking in my mother tongue. There is truth to the phrase, “you can never go home again.” I do not feel at home anywhere, but the idea of home follows me wherever I go. In dreams and on sleepless nights, the fragrance of the garden, image of the sky, and the sound of language returns. I go back to the roads I have crossed many times. They are my companions and my solace.

Seventy years have passed since ousted British colonials slashed a crude dividing line through the subcontinent of South Asia, resulting in one of the largest and bloodiest mass migrations in the history of the world. It is the memory of this dislocation, separation, and trauma that haunts and is echoed in the work of the prolific Zarina. Through the stark geometry and cartography of her melancholic prints and sculpture, Zarina presents the border as an instrument of control and violence—as an ongoing site of contestation, while never letting us forget the extraordinary loss of human life, and connection to place, family, home, and community that results from the establishment of politically manipulative divisions. The artist’s meditations on War on Terror drone strikes, Syrian refugee camps, and migrant boats at sea challenge the viewer’s desensitization to such images by consistently foregrounding the personal and the intimate—a heartbeat, a child’s paper boat, a letter from home. In our current moment of rising white American nationalistic fervor, calls for increased surveillance and border security (literally “Build the wall!” and “Ban them all!”), constant war, and a global refugee crisis, we eagerly welcome Zarina as the 2017-18 Artist-in-Residence.